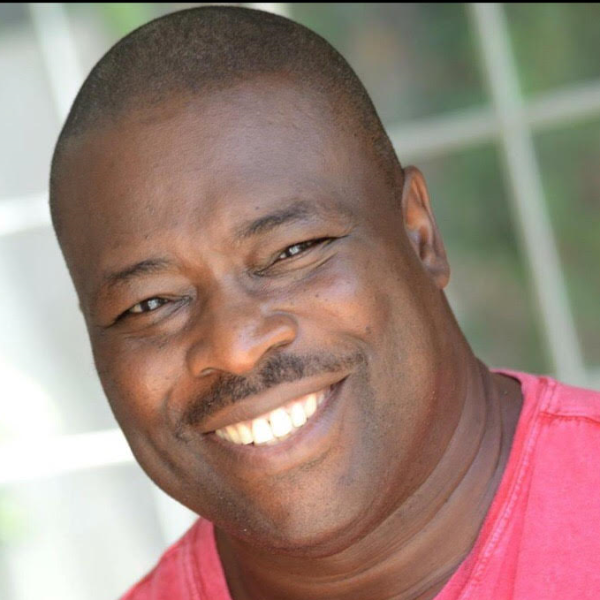 MASKS ARE REQUIRED FOR ALL PATRONS! YOU ARE ONLY PAYING PER SEAT PER TICKET, NOT PER TABLE. IN ORDER TO PURCHASE A TABLE, PLEASE MAKE PRIOR ARRANGEMENTS WITH US TO DO SO AND A FEW WILL BE REQUIRED PER SEA.🚨

Reggie Ballard is the comedian, actor and writer probably best known as "Bruh-Man from the fifth flo'" in the Fox sitcom Martin, He was featured in the Mario Van Peebles movie Panthers and his extensive movie and TV credits include Horrible Bosses, Menace II Society, The Bernie Mac Show, The Blexicans, Samuel Adams, According to Him + Her, Weeds, Bones, Kony Montana and many more!

Reggie debuted his comedic talents on Def Comedy Jam's stage and has been represented by Teeger Entertainment for over 15 years.

Reginald Ballard was born and raised in Galveston, Texas (The big island-located on the edge of the Gulf of Mexico). As a child, Reginald enjoyed being in the spotlight. One might blame the spark of his interest in acting on Bruce Lee, the famous Martial Artist. Through watching Lee movies, Reginald taught himself how to use the nunchukas and various fighting techniques.

Reginald did not show a theatrical interest right away. His primary interest was in athletics. He began taking karate class and upon entering junior high and high school, he became outstanding in track and football.

He received numerous football scholarships to prestigious universities across the country and after much thought, Reginald decided to attend Southern Methodist University in Dallas, where he would pursue a degree in Psychology and play football. After three years of grueling practices, aching joints, and a couple of unforgettable injuries, Reginald decided to give his body a chance to heal. Reginald enrolled in a theater class for non-majors. The acting bug bit.

Reginald continued his theatrical training at the University of Missouri in Columbia, Missouri where he performed in numerous stage plays.

Since college, Reggie has performed in numerous stage plays as well as co-star and guest starring roles in film and television. His most celebrated appearance was in the hit TV sitcom Martin, where he created the character of BROTHER MAN, or Bruh-Man. He has also had guest-starring roles on Sister-Sister, True Colors, and Words Up(an after school special with Kadeem Hardison).

Reginald is also a stand-up-comedian and when not traveling the country. He resides in San Fernando Valley.